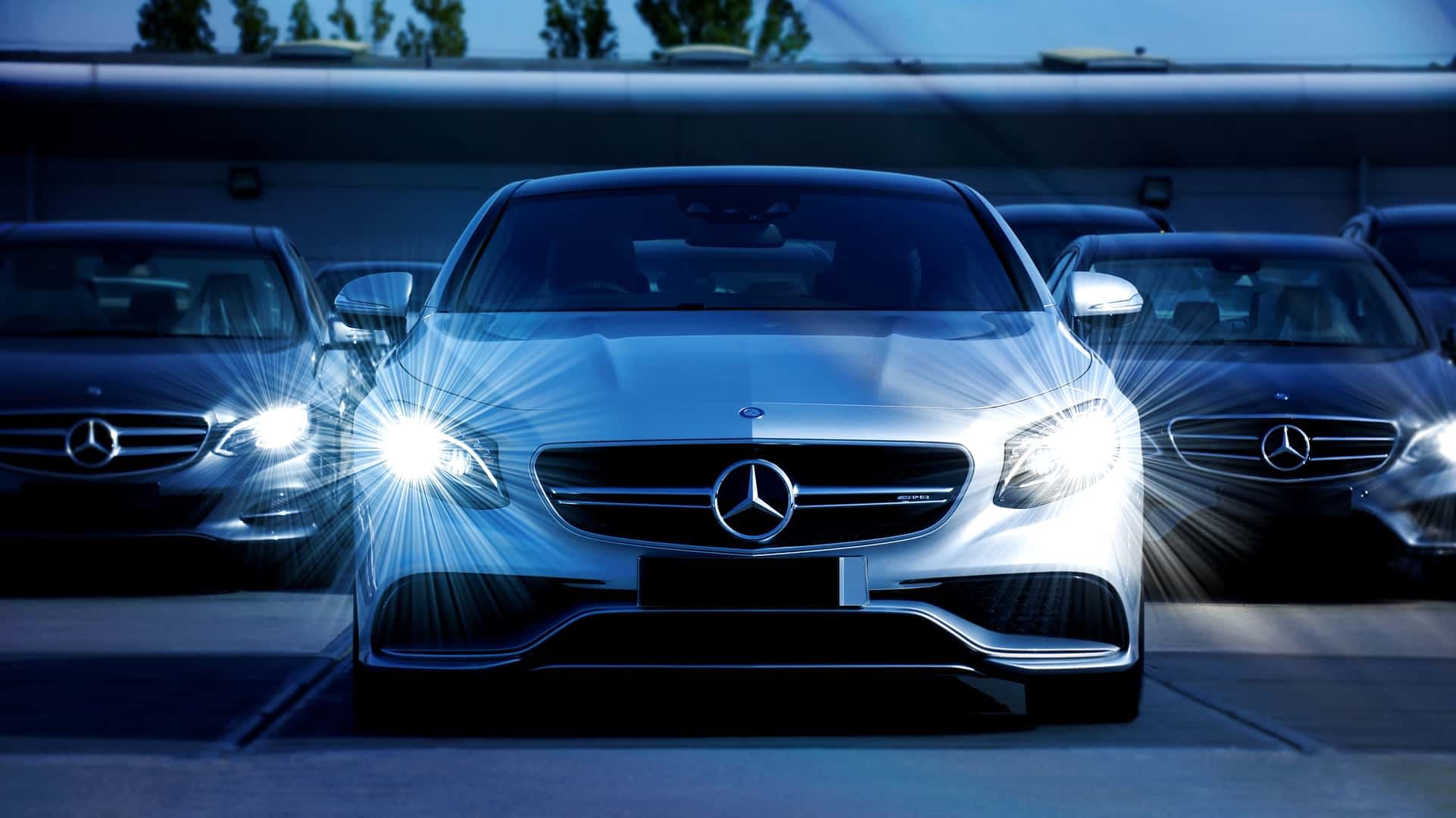 Preventative maintenance is the best way to avoid big repairs, and to keep your favorite ride running for a long time.

Robert, let’s talk about some basic preventative maintenance topics. Why is car maintenance important? You’ve touched on it before, but in a nutshell, why is it important for vehicle owners to regularly maintain their vehicles? What are the benefits?

Robert: Well, the whole purpose of maintaining your vehicle is so that you get those small little maintenance items done so that the bigger repairs are kept farther at bay.

Let’s say if you’re talking about a fluid, let’s say coolant, engine coolant, one of the reasons why you wanna keep that coolant as clean as possible is because any kind of dirt, or debris, or gunk that goes through the cooling system get’s clogged in the radiator. Radiators are expensive. You know, there’s no need to replace them when if you flush your fluid every two years, or as often as you see that there’s a problem, if it’s clean, those radiators will last such a long time.

Host: So really just through preventative maintenance, you can lower your overall cost. So it never makes sense to put off maintenance, is that correct?

Robert: Correct. And one of the things that we see is that not necessarily the coolant will get dirty, but it’ll lose its ability to work, due to its mixture. There’s a 50/50 mixture between water and the actual coolant, which is ethylene glycol. Now, that ethylene glycol, what that chemical does is it changes the boiling point and the freezing point.

Not only that, it inhibits rust. Rust is one of those things where the inside of the engine block, if it starts to rust, it’s a cascading effect that it’ll just eat away the inside of the motor and little flecks of metal will come off,and again, clog the radiator or clog the heater core, which are very expensive repairs.

There’s other things that we can look at like the engine oil. Everyone has been so good about changing their engine oil that they forget other things like the transmission. Your transmission gets you from point A to point B, but there’s a lot of heat that’s created and the oil only lasts so long. So if you imagine, you replace your engine oil every 3,000 to 7,500 miles, your transmission fluid really needs to be done every 60,000 miles or as often as your manufacturer recommends.

When the fluid…when the transmission fluid that should be a reddish/pinkish color, when it starts to get brown or dark in any way, those little bits of metal or seals you don’t want recirculating through the transmission, you want outta there because the longer you keep that transmission clean, the longer it’s going to last. And transmission…the cost of transmissions range anywhere from $4,000 to I’ve seen up to $7,000 or $8,000.

Host: And at that point you might be looking at a new vehicle.

Robert: Yeah, that’s the cost of changing the vehicle.

Host: So letting maintenance go, particularly some of these critical components like the engine coolant, engine oil, transmission oil could make the difference between having a vehicle run for a very long time and run well, or completely collapse and you’re looking at a new car at some point.

Robert: That you shouldn’t take.

Before That Long Road Trip

Host: What about long car trips? Do you recommend that vehicle owners come to Doctor of Motors before they take a long trip to see what the status of the vehicle is in terms of maintenance?

Host: Not necessarily something that has to be done immediately…

Host: …but should be done when you come back.

Do You Need a Tune-up?

Host: What about a tune-up? We hear a lot about tune-ups. Does that have much meaning with modern cars? When I think of tune-ups, I think of a 1965 Mustang or something like where you really did have to go in and fool around with the carburetor and carefully gap the spark plugs and… Where are we now? What does a tune-up mean today?

Robert: Well, these days we don’t…longer…we no longer have distributors, distributor caps, rotors, and most cars are even getting rid of spark plug wires. They have the coil directly sitting on top of the spark plug.

Host: Integrated with the spark plug?

Robert: Correct. So what needs to be done for a tune-up, every car is different and the manufacturer gives different recommendations for each car, but roughly around the standard is going to be 100,000 miles, which means they put a lot of heavier metals and more expensive pieces in that spark plug to make it last 100,000 miles. So they’re no longer as inexpensive as they used to be, but there’s other pieces that don’t need to be replaced.

Robert: A tune-up would consist of replacing the spark plugs and cleaning the throttle body of carbon buildup. The reason why that…

What happens is carbon or a black soot starts to buildup in there. And it gets on the sensors, it gets on the air control motor, which is the motor that actually controls and stabilizes your car at an idle. And if that carbon builds up too much, it’ll damage those pieces. So it’s a good idea to get that cleaned out.

Host: Sounds like it could lead to a “Check Engine” light situation again.

Robert: That’s how we find it.

Host: Okay. So everything’s related to everything else, it turns out?

Robert: It’s all intertwined, and the vehicle driving down the road is a harmony of many things working together.

Host: So you mentioned spark plugs and the throttle body, is there anything else that’s done during a tune-up that you’d like to tell us about?

Robert: Not really. I mean, those are the two main things other than maybe you’re changing your engine oil. But we really don’t put those two things together. changing the oil and a tune-up. It would be I need my oil changed and a tune-up.

Host: What about car batteries? Do they still require maintenance? Is it necessary to come in and have your car battery checked, or is it, again, just a “Check Engine” light situation where it indicates that it might be…might have a problem, or is it just a matter of watching the calendar?

Robert: Batteries typically last anywhere from four to five years. Now, more wear happens on the battery or the battery gets more abuse living in a colder climate or a hot climate. So if you lived in an area that was constantly 75 degrees, your battery would probably last 9 years, but we don’t live anywhere in those areas. We live in Chico where it’s sometimes 110 degrees.

Robert: And sometimes it freezes at night. So because of that, the standard for our area here in Butte County, Chico, is you’re looking at, you know, four to five years.

Robert: And what happens is when we replace them, these cars are so computer controlled these days that it’s not…you don’t just disconnect two cables and you’re done. We put an alternative power source connected up to your car so you don’t lose the computer’s memory. That’s a key component or else you’re going to have drivability issues, it’s going to shift funny. It’ll get back to normal after a little while, after maybe, you know, 20 or 30 miles of driving, but it is a little scary.

Host: So there’s a process to changing the battery?

Host: How do you know the battery’s going out?

Robert: One of the key signs is when you go to crank it over in the morning, does it sound a little slower than it used to be? If it does, then that is a telltale sign. Go to an auto repair shop, have it checked out. That way you can get it replaced before it leaves you stuck in a parking lot or stuck at home when you need to get to work.

Slow Cranking Could Mean a Failing Battery or Alternator

Host: But it could also indicate other problems, right? It could be a charging issue, an alternator issue conceivably…

Host: …if the battery is still good. Do you see that happening much or is it typically just the battery goes out?