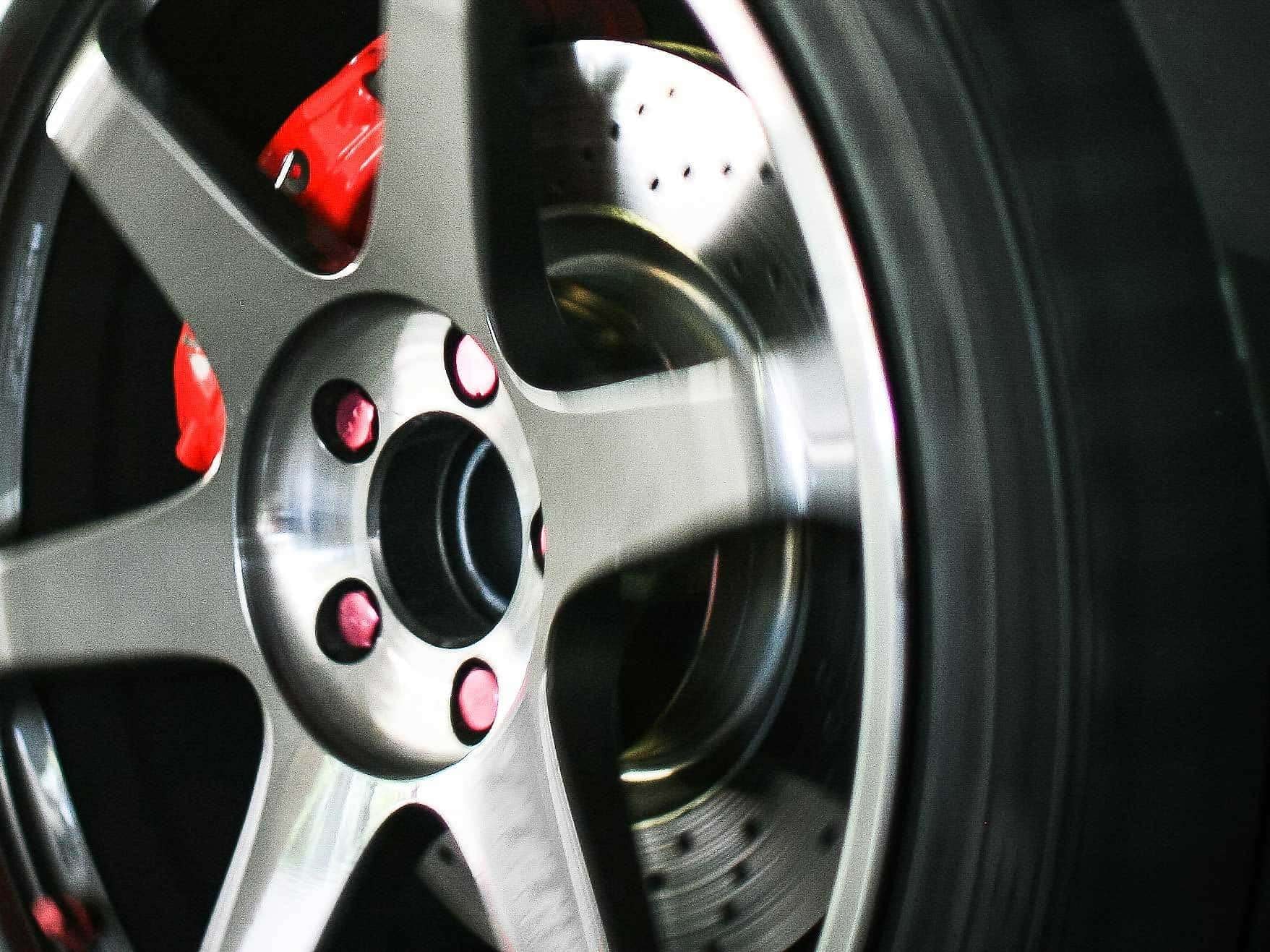 Host: Robert, let’s talk about brakes. Clearly these are an important safety feature of the vehicle. How often should you replace your brakes typically?

Robert: That’s a hard question because it’s depending on how you drive. So there’s the person who drives in the city, and they’re a stop-and-go driver. They like to step on the gas and get to the next stop light and then slam on the brakes to slow down before they run the light.

Host: Which must increase the wear on the brake system.

Robert: Yes, it does. Then there’s the little old lady, who, she cruises along, doesn’t drive too fast, she’s very easy on her brakes, her brakes are going to last a very long time.

Host: What would be a typical range?

Robert: Typical ranges, people are not super hard on their brakes but a little bit easier. We all have things to do and we’re all in a rush and brakes are really one of the last things on our mind, until it’s a problem. So one of the things I always tell people is that the main thing that makes your brakes last or go out faster would be overheating the rotors. How can we…how do you overheat rotors?

Host: Tell us first what a rotor is.

Robert: Okay. A rotor is the disk, the metal disk, that is bolted to the wheel, and the brake pads literally squish the rotor to slow the wheel down. Now you have 4 wheels, so they’re all working together, but the front wheels are 70% of your braking power, which means they’re going to go up first, you’re going to do two brake jobs to every one brake job in the rear. And so what I tell people about making their brakes last as long as possible,  if you’re cruising on the freeway and you’re going to get off on that off-ramp, try to slow down a little bit before or tap on the brake pedal so you don’t get them too hot.

Host: So that’s a case where you could conceivably, or especially if you ride the brakes inadvertently, some people I’ve seen…I think my father did that a long time, it used to drive me crazy. He would sort of keep one foot on the brake pedal, just a little bit.

Robert: Yes. If you can imagine…

Robert: …the friction that’s created to slow you down will literally make those rotors glow. It’s too hot. And they can’t handle that.

Host: And what happens when they get too hot?

Robert: What happens is it leaves a small indent, which is literally the size of the pad. So next time when you’re driving down the road and you go to use those brakes at higher speeds, you’re going to feel…you step on the brake pedal and your steering wheel will shake. It’s a scary feeling and it just gets worse.

Host: So once they’ve gotten that far, you need maintenance on the brakes.

Robert: Yes, it just gets worse, it doesn’t…it never gets better.

Host: Do you think it’s best to replace the rotors or resurface them?

Robert: The way it works is the amount of metal that is on the rotor is how easy it is to get rid of that heat. How quickly it can get rid of it. So the less metal you have, the faster those rotors will warp and be damaged. And as soon as they warp, you have to either resurface them or replace them. You can only resurface them a couple times before they’re trash.

Host: Do you recommend resurfacing, or do you think it’s…if the budget is there just replace?

Robert: In my opinion, if you replace them you’re spending more money on getting a quality new part that is going to last you longer than it is paying the mechanic to resurface them for a part that’s not going to last as long.

Robert: For the labor.

Robert: For the consumer, you’re going to get a better product. It’s going to be cheaper in the long run just to replace them.

What Does the Brake Warning Light Indicate?

Host: So what does it mean, Robert, when the brake warning light appears on the dashboard? What does that indicate? Is that wear or is something else potentially wrong with the system?

Robert: It could either be wear or there could be…the fluid is getting low.

Robert: The brake fluid. Now the brake fluid, when you step on the brakes, it’s not cable operating. They literally have tubes that go from where your foot is all the way to each wheel, and it pushes that liquid to squish the pads and make the vehicle slow down. If there’s any air in there, your foot…or your pedal will go too far, and you’ll notice there’s something wrong. If there’s air in the system, that’s not good. There’s either a leak of some kind.

What Can Go Wrong With the Brake System?

Host: What are the typical things that go wrong with the brake system? Is it…we talked about the rotors and the pads, which happen at the wheels, but what else?

Robert: Typical things that go wrong is squeaks, noises. If you’re brakes are very noisy. What I’ve found is that previous owner who had the car put just pads on it…on there and didn’t resurface the rotors or didn’t replace them. It’s a quick and cheap way to get you where you’re going, but it’s very noisy and irritating and it’ll drive someone nuts.

Host: So they really should be done at the same time, the pads and the rotors. What about the brake cylinder and contaminants in the brake fluid, is it…do you see that at all?

Robert: Now the brake fluid, it should be a clear amber color. When it starts to get dark, you’re actually seeing…that black color is coming from the seals that are deteriorating and they’re literally flecking off. So that material in there, after a while it turns into a sandpaper or a sandy material. So you’re literally causing more wear on the master cylinder, the wheel cylinders, the calipers, the very expensive ABS unit, yeah.

Host: So if I open the hood of my car and I look at the…

Host: The master cylinder, part of it…part of that is viewable, right, you can see the level of the fluid in there.

Host: Can I look at that fluid and tell if it’s contaminated?

Robert: It’s very easy to tell. If you have your master cylinders, you open up the cap, you look in there, if you can see through the fluid you’re most likely okay.

Host: All right. But if the fluid is dark, then that indicates…

Robert: Dark, cloudy in any way.

Host: Okay, that indicates a problem with the system.

Host: Which could be the seals going bad.

Host: Or something else.

Get a Full Inspection of the Brake System

Robert: And simple maintenance is to flush out that dirty fluid, put nice, clean fluid in there. And all those expensive components will last such a long time.

Host: And Doctor Motors can do the brake flush? Is that what it’s called?

Robert: We can do that. Every time you come in for an oil change, all of these fluids are inspected and we let you know if there’s a problem.

Host: If a customer comes in and replaces the rotors, for example, and the pads, what other typical work on the brake system is performed to make sure that the entire system is working?

Robert: A full inspection of the hoses, the wheel cylinders, master cylinders, calipers, the condition, age is all determined is it still good or is there a problem? If we think there’s going to be a problem in the next six months, we’ll let you know.

Warped Brake Rotors Host: Let's go ahead and get into brakes. Robert, what are the…