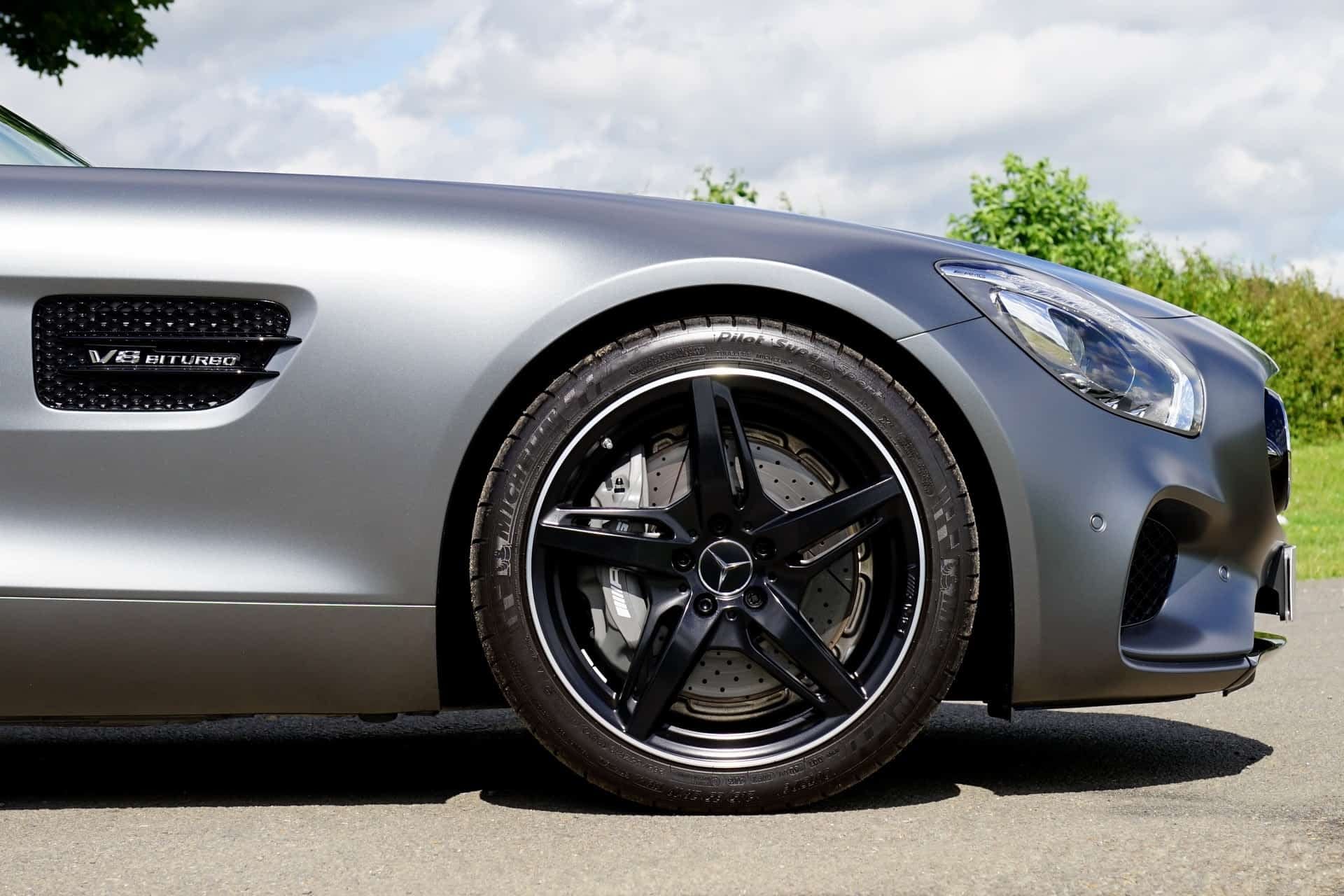 Host: Robert, what issues come up with car batteries? We’re approaching winter. Right now, as we’re recording this, it’s mid-November, moving into the winter season. Is that a particularly tough time for batteries, or should people come in and start thinking about batteries? What do we find, based on your experience, people should do at this time of year?

Robert: What people should do is, when they get their oil change, ask and make sure that they’re checking the battery. The reason why is because every, let’s say, fall, spring, those are the times where the temperature is moderate, let’s say, it’s not too hot, not too cold, batteries are gonna last a good long time. It’s the extreme temperatures in either direction that cause batteries to fail.

Host: Heat of the summer, cold in the winter, both of those could trigger batteries to go bad?

Robert: They prematurely wear them. So, if you had a temperature of 75 degrees and you left your battery constantly in 75 degrees, it would last a heck of a lot longer.

Host: But that never happens.

Robert: But that never happens, of course not, because inside the engine compartment, it gets to, you know, 150 degrees.

Host: And also freezing at night.

Robert: Freezing at night, yeah, cold temperatures. That’s why, if you ever go to start your car in the morning and it doesn’t seem to crank over or make the roar-roar-roar, if it doesn’t do that fast, then that means your battery is slowly going out. That’s a telltale indication that that battery is going out.

Host: It just doesn’t have the cranking power that it once did.

Host: Okay, so how is the battery checked? Someone comes in at Doctor of Motors, and you do an oil change, they see the indicator in the dash, or they’re thinking, “Well, I just got an e-mail notice from Doctor of Motors that it’s time to change the oil.”

What’s involved with checking the battery? I mean, are we actually hooking some sort of tool or device to the battery to check it, or is it a visual inspection, or both? How does it work, actually?

Robert: It’s both. If we see any corrosion around your battery terminals, that’s an indication of metal deteriorating, electricity problems. If you ever have a computer problem, it all can lead back to your battery having bad terminal connections. Electricity does not like to fight. It likes to move smoothly.

Robert: A nice flow. And if it doesn’t have that flow, it creates heat. And as we all know, anything electronic doesn’t like heat.

Host: Right. So you’re driving the vehicle and you see something strange happening with your lights, or controls, or other aspects of the electronics, it could actually just be a battery terminal problem, or a battery problem, or maybe even the battery not being charged properly by the alternator.

Robert: Correct. If you’re already noticing a problem as you’re driving, then the problem’s been there for a very long time and it’s doing damage, if the damage isn’t already done.

Host: So, you need to get in straightaway?

Robert: You need to get it in straightaway. But when you get a battery test, there’s a couple of ways to do that test. There’s the quickie little simple test, which you could probably get at any AutoZone. It’s a quick test. It’s not gonna be as definitive as when you go into the auto mechanic at Doctor of Motors or an auto repair shop and they put on a tester, and they can actually test the grounds for the whole system.

How is power flowing? What percentage is that battery capable to hold? Imagine your battery is a bucket of water, okay? And at some point, there’s going to be a hole inside of that bucket where electricity can only fill up to a certain point. So, the lower that hole gets, the harder it is to fill up that battery.

Host: So, bottom line is, what would you say to vehicle owners here in Chico? In terms of maintaining their battery, what’s the best approach?

Robert: To maintain it is, make sure the battery is clean and dry as possible. And also, getting it checked every time they get their oil change, which is three times a year.

Host: That’s a given rule. That’s a rule of the industry.

Robert: Right. It’s gonna be, you’re on your way, you gotta get to work, you’re late. That’s when these problems come up.

Host: Or you gotta take the kids to school, something like that. That’s great. One last question about this. Does it make a difference? Do you think it’s meaningful to try and invest, if that’s the right word, to buy a more expensive battery?

Where Should We Go and Buy a Battery?

How do we know what we’re getting it for, if you’re a consumer and you’re shopping for a battery. Can you give us some direction on that? I mean, what should we look for? Should we just automatically try and pay more for a high-end battery? Does it matter that much?

Robert: Talk to your mechanic, okay. That’s going to be the main thing. If you’re buying it… I hate to throw somebody under the bus, but if you’re buying your battery at Walmart, it’s not going to last very long. Those cheap, cheap batteries, if it’s super-cheap, then there’s a reason why.

Host: And what sort of price range are we talking about here? I mean, is there a threshold where, like, if you don’t spend, let’s say, 50 bucks or some figure like that, if you’re paying less than that, maybe you’re not…

Robert: If you’re paying less than $100 for your battery, it’s a very inexpensive battery and it’s not gonna last very long.

Robert: Yes, depending on if you have some of these… The Acura TL, Chevy Camaro, some of those require a little bit higher-grade battery. BMWs especially, BMW 3s, 5 series, Mercedes Benz, they need a specific battery.

And if you actually looked at the battery, it’s literally twice the size of other batteries. That’s a $270 battery, but if you bought a $170 battery in place of that, that’s a cheap battery and it’s not going to last you anywhere near as long.

Host: For that particular vehicle.

Robert: For that particular vehicle.

Host: So, it’s not just a generic question. We have to look at the vehicle.

Host: What kind of vehicle you’re driving, maybe what sort of conditions you’re driving the vehicle in, climate, where you live, etc.

Host: You mentioned earlier this idea of auto repair technicians versus a mechanic and some…