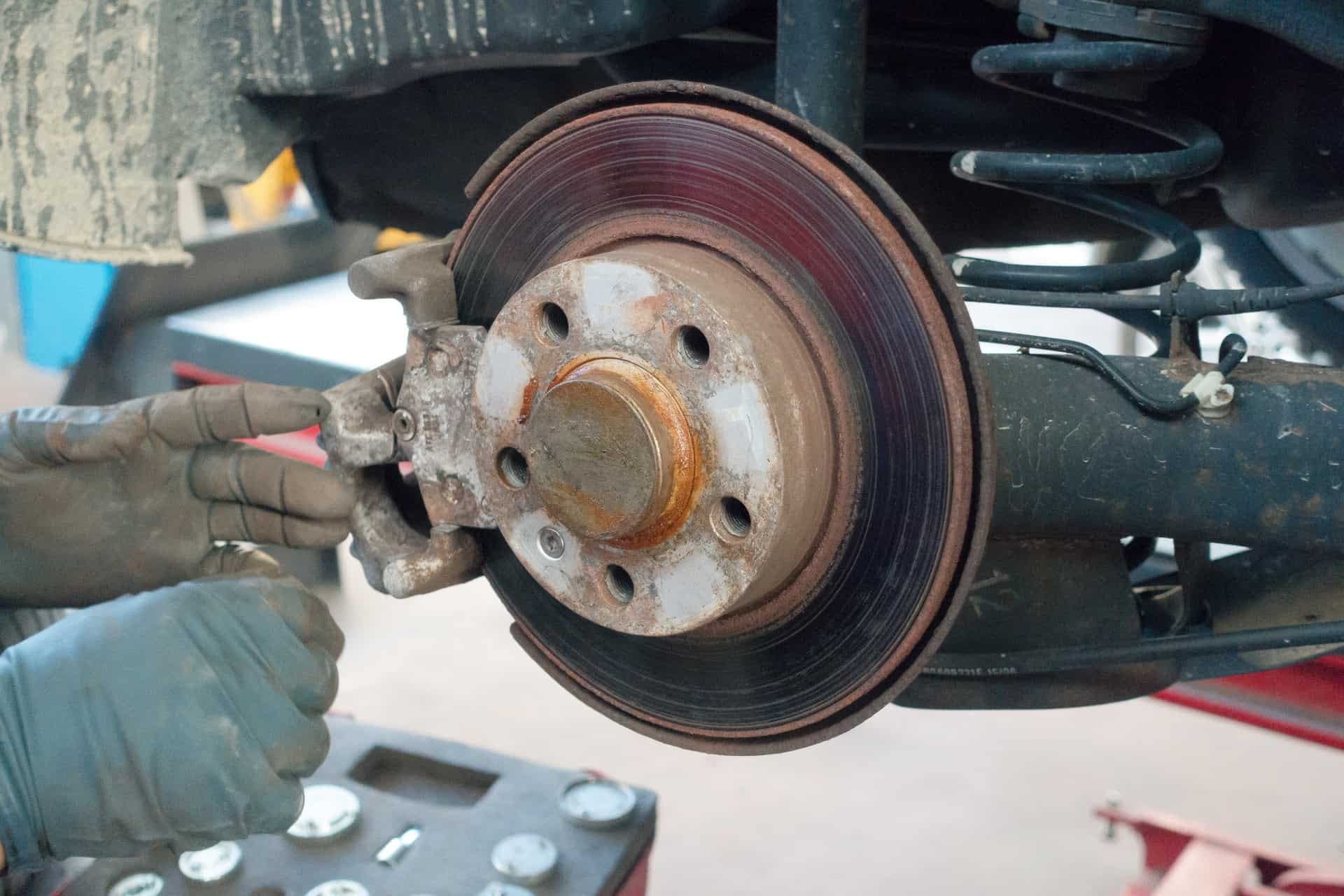 Host: Let’s go ahead and get into brakes. Robert, what are the issues around brakes and brakes service? What do people need to know about that? What are the problems you see?

Robert: Correct. It’s a very efficient way of working. It works very well. But when you are driving a 5000-pound vehicle and you go to slow down, that creates a lot of heat. And that heat can cause that metal rotor to literally change its shape.

Robert: Just a hair and that’s called “warping” it. And then you’ll have pulsations. You’ll go to step on your brake and you’ll feel a pulsation on the brake pedal or a shaking in the steering wheel. Any of those issues can cause braking problems.

Host: So from a consumer standpoint or the vehicle’s owner’s standpoint, that might be one of the first signs of trouble.

Robert: That is definitely the first sign of trouble. But the damage has already been done.

Host: Okay. How do you prevent the damage from happening in the first place?

Robert: All right. So one of the things that you can do…what the manufacturer recommends is that when you’re driving at higher speeds, and say you’re coming off the freeway, going down the grapevine, say, a steep grade. In Butte County, we have Skyway. Coming down Skyway, we have Highway 32. Any one of those, if you’re riding the brakes a little bit…

Host: And those are long runs.

Robert: Those are long runs. That’s the problem.

Robert: Right, They say, at those higher speeds, tap on the brake pedal a couple of times so you slow down sooner before having to just ride your brake a bit till you come to a slow stop. If you ride your brake, you’re generating so much more heat than is needed, and that will ruin brand new brakes.

Host: You’re ruining your brakes when you do that. Do you like the idea of downshifting?

Robert: No, I don’t like the idea of downshifting. Because…

Host: Tell us why.

Robert: Because your transmission is a very expensive unit, and your brakes aren’t that expensive. Go through brakes before you go through the transmission.

Host: So better to trash the brakes than…

Robert: Yes, yes, definitely. They mainly say that when you’re driving a manual transmission. When you are…

Host: Like a truck. I mean, we have logging tracks around here, etc. So they’re always shifting, but they’re using heavy-duty manual transmissions.

Robert: Right. And not only that. If you’re using a manual transmission, it’s okay. You can downshift, that’s fine, It’s more getting in a better driving habit of knowing how far away do I have to stop.

If you prepare and slow down a little bit sooner, your brakes aren’t gonna get as hot rather than if you have to stop more abruptly. Most people who are hard on their brakes is because they’re, “I gotta get there real quick, I gotta speed up real fast, and I gotta slow down real fast.”

Host: That’s not much.

Robert: That’s not much at all.

Host: So you could be talking brakes every year and a half.

Robert: Yeah. Every year, year and a half. That’s not uncommon.

Robert: There you go.

Host: Okay. As long as you own the car. So that’s a huge range. So people’s driving habits and driving technique is a big determinant of brake issues. Is there anything else about the brake system that we need to be thinking about in terms of, let’s say, maintenance and keeping it safe and running properly?

Robert: Well, another determination is the size of the vehicle. If you have an SUV or a minivan, that’s a larger vehicle, and those brakes aren’t much larger than a car. So, yeah, you have to be a little more easier on those brakes because they’re going to go out faster.

Host: And it’s the front brakes that take most of the load, right?

Robert: 70% of your braking power’s in the front. So you’ll do two brake jobs to every one brake job in the rear.

Host: Sure. So when someone brings their vehicle into Dr. Motors [SP], do you routinely check the brakes? Is that part of your inspection?

Robert: Every time. Yes, every time. You were also asking how can I maintain my brakes? What can I do to keep them going as long as possible? Well, first thing is driving habits. That’s the number one. If you’re easier on your brakes, they’ll be easier on your pocketbook. If you come in for an oil change or you need to get them checked out, there’s brake fluid. Service that brake fluid. If you see that the brake fluid is getting dirty, it’s already too late. Service it during the manufacturer recommendation time, which is roughly 3 years, 36,000 miles.

Host: Three years, And your mechanic, your technician can take a look at the fluid visually?

Host: And see if it has some issues.

Host: So little particles of the seals themselves, like a rubber compound, essentially, are getting in the fluid, which can’t be good for any of the brake system, right?

Robert: It’s not that they’re getting in the fluid. It’s the seals are starting to break down because the fluid is not nice and clean. It’s not good fluid anymore. So it turns caustic.

Host: Does that mean replacing the seals as well? That sounds like a huge job.

Robert: It is a huge job. Just change the fluid. Stay on top of changing the fluid.

Host: So we have another one of these cases, then, where neglecting some things… You would think that the brake fluid would last indefinitely. But nothing like that is ever true, right?

Robert: Yeah. These are machines, They need maintenance. They need upkeep. And it’s just cheaper to stay up on that maintenance, rather than to let it go.

How to Make Your Brake System Last